Bank St Petersburg (BSP) claimed Oslo Marine Group (OMG) was a failing pyramid scheme designed to siphon off funds to Vitaly Arkhangelsky, while the OMG owner countered that the bank conspired to take over its assets on the cheap, in oral summing-up of the London trial.

Acting for the bank, Brick Court Chambers barrister Simon Birt claimed Arkhangelsky “is the ultimate chancer”, for whom “kicking the can down the road is a favourite tactic”.

Birt said: “Buying himself a bit more time here or there is all that he wanted. He must have known that his businesses were sunk.

“He knew that his Vyborg Shipping business was a bit of a pyramid scheme and he’d been siphoning off the money through Land Breeze for vessels which had just disappeared.”

Arkhangelsky’s legal representative, Pavel Stroilov, replied the idea that OMG was a financial pyramid based on revaluing assets, borrowing more and embezzling money “only makes sense if there are no personal guarantees, and then the companies get bankrupt, and Mr Arkhangelsky is laughing because he has taken the money away”.

But Birt claimed that RUB 2bn, out of total loans of RUB 4bn (more than $100m at the time), were transferred from OMG firms LPK Scan, Scan and PetroLes during 2008—2009. Much of the money went to a mysterious company called City Centre that Arkhangelsky has claimed was a stockbroking firm he did not know.

It recently emerged that Cyprus-based Land Breeze, which handled time charters for Vyborg, was beneficially owned by the Arkhangelskys, and has been wound up, Birt added.

Stroilov argued that OMG firms were sold by the bank in a series of auction sales that were limited to inter-related subsidiaries of Renord Invest — a company he alleges was linked to senior BSP executives.

There was “uncontradicted evidence from the claimant themselves” of “bid rigging”, Stroilov says. “In each case, you had two bidders controlled by Renord, only one of them bidding at one step above the market price.”

Birt had earlier argued that not everything ended up with Renord but admitted it was the main original and subsequent purchaser. Assets later ended up with other firms that Stroilov alleges were controlled by BSP executives.

The court also heard there was little evidence of widespread marketing or advertising of the auctions but Birt denied claims of a conspiracy. He said: “There has not really been any effort through the trial to put the case or bring forward actual evidence, rather than innuendo or speculation.” 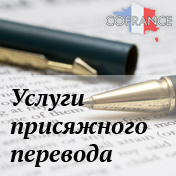